The Magic Square in Sagrada Família 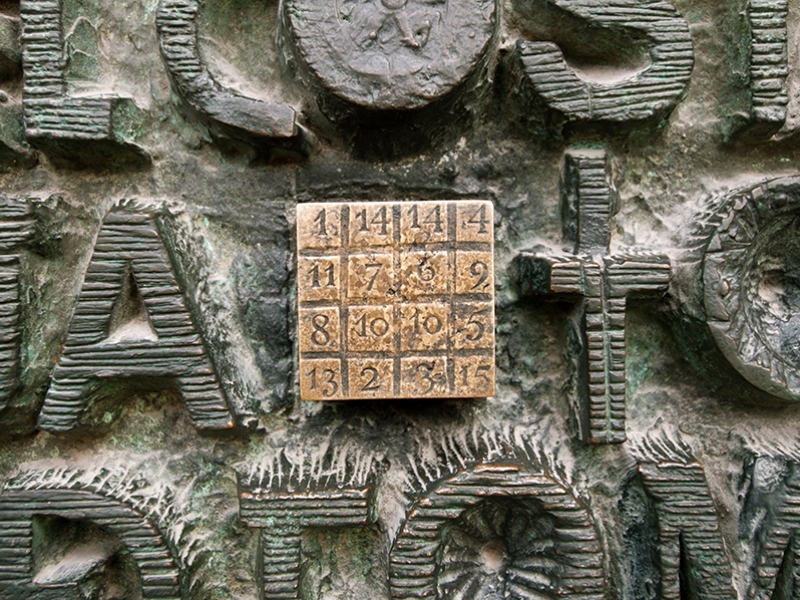 Although in six years the works of the Sagrada Família will finish officially, the original Gaudí’s plan devised for this façade will remain forever in secret. One of those details that often are unnoticed by visitors is the magic square on the Passion Façade

The secrets of Gaudí’s temple

In six years, the works of Sagrada Família will be finished. Nevertheless, it is probable that the original Gaudí’s plan devised for the Basilica will remain forever in secret. One of the details that often go unnoticed by visitors is the so-called magic square, located on the Passion Façade.

By definition, a magic square is is the arrangement of a series of numbers within a square grid and any row, column or diagonal always add the same amount: the so-called magic constant. In a 4x4 square, there should be numbers ranging from 1 to 16, the sum of which is 136, resulting in 34 the magic constant (136/4).

The peculiarity of the magic square in Sagrada Família is that it does not comply these premises. First of all, there are not all numbers from 1 to 16 -12 and 16 are missing-, and secondly, we observe that there are repeated numbers (10 and 14). In this way, the magic constant is not 34, but 33: the age at which Jesus Christ was crucified.

Tapitast, the tapas tour of the Sagrada Familia