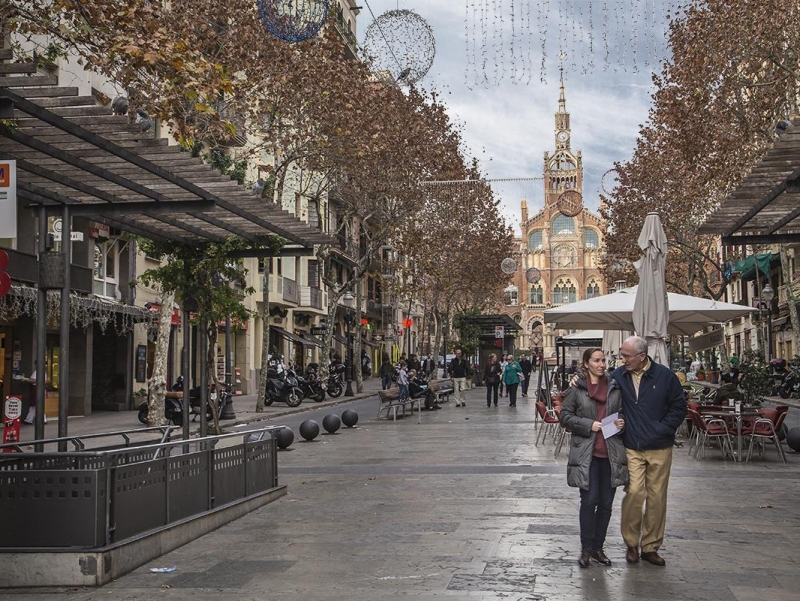 This avenue is a small diagonal that breaks the perfect grid layout of the Eixample and stretches proudly from the Sagrada Família towards the Hospital de Sant Pau, the main modernist monuments of the city.

Between Sant Pau and the Sagrada Família

The avenue, designed by Léon Jauselly, was inaugurated in 1927 to connect two of the greatest modernist buildings in Barcelona, ​​as well as highlighting the Hospital de Sant Pau and the church of Sagrada Família. Especially the Nativity façade, the unique part of the temple directly built by Gaudí.

Originally known as Avinguda de General Primo de Rivera, it took the name of Gaudí in the Second Republic, becoming the first official recognition to the Catalan architect.

Along with Passeig de Gràcia, Avinguda de Gaudí is the modernist avenue in Barcelona par excellence, a bustling semi-pedestrianized street.

When we used to take the tram on Avinguda de Gaudí

Over the years, Avinguda de Gaudí became a high traffic avenue open to cars and trams that breaks with the perfect grid layout of the Eixample and also an easy access to the northern neighbourhoods of Barcelona.

In the mid-80's, the Barcelona City Council proposed a redevelopment of the avenue to adapt it to the pedestrians. The architect Màrius Quintana, who designed its current appearance with a central boulevard, commissioned the project. 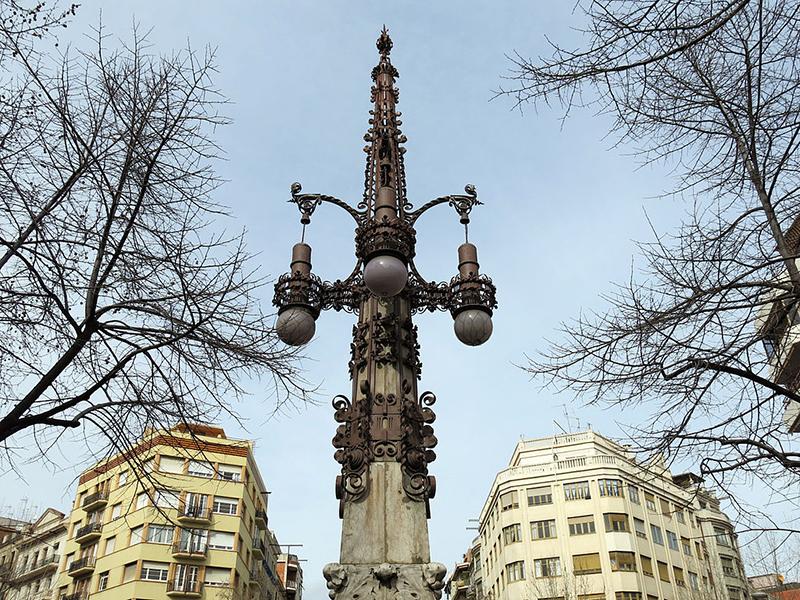 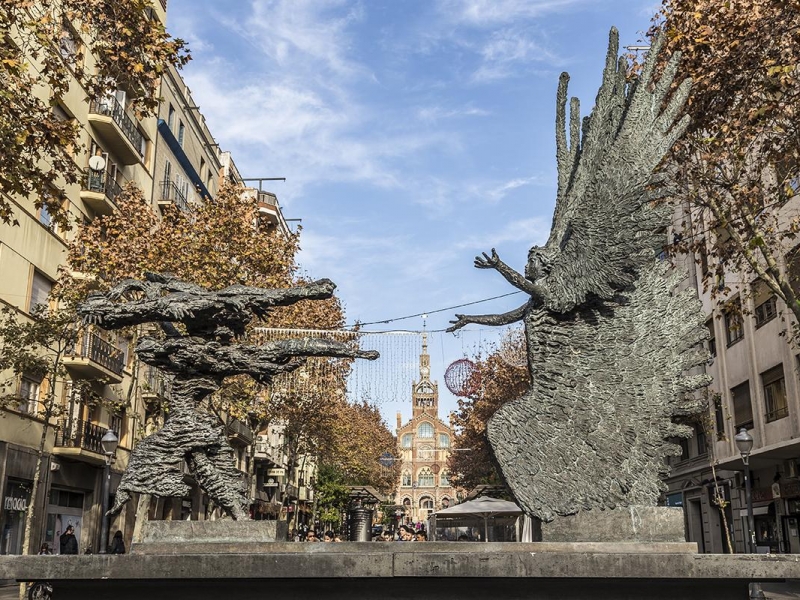 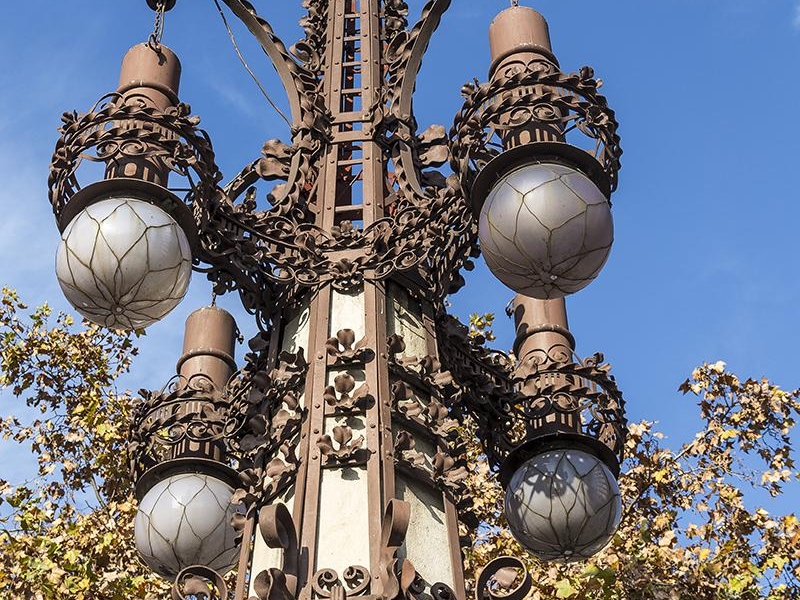 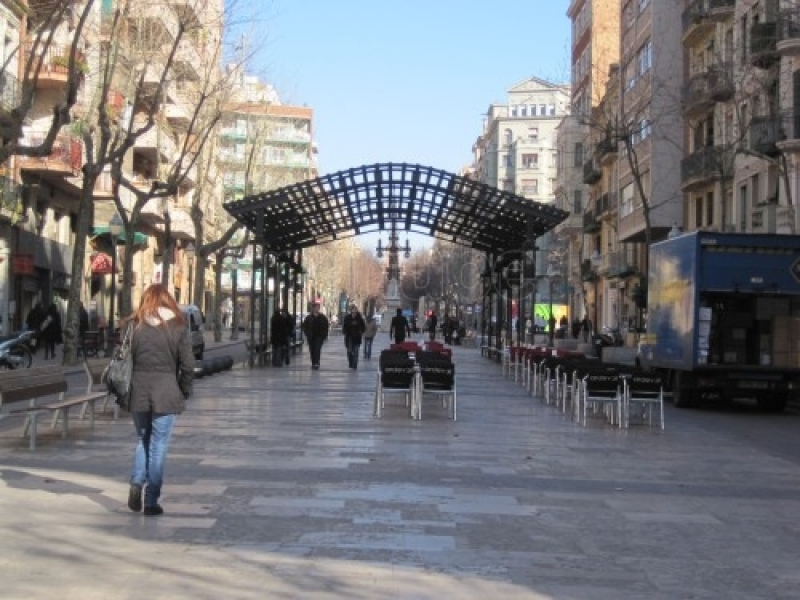 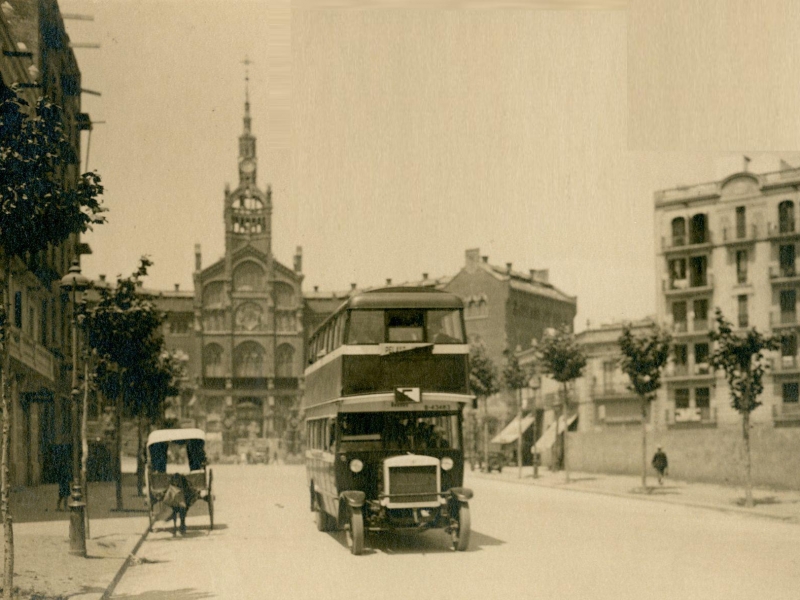 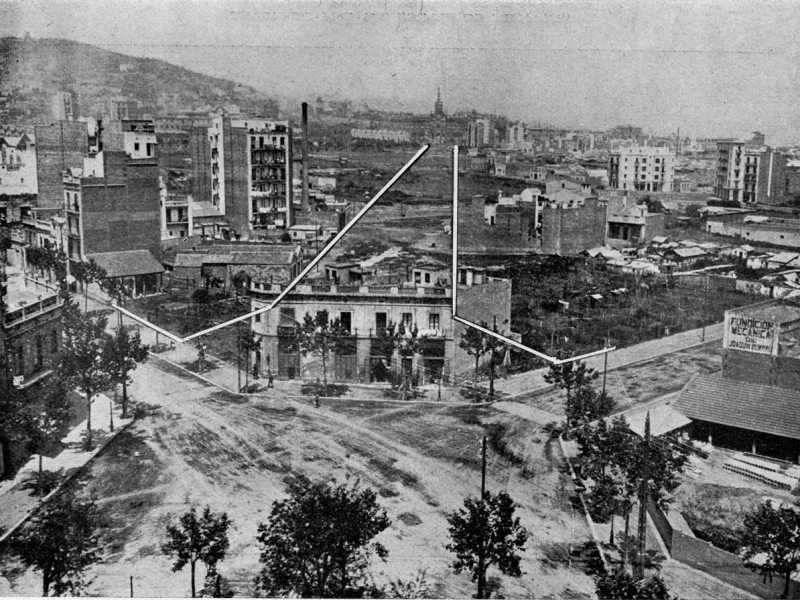