The Balconies of Barcelona 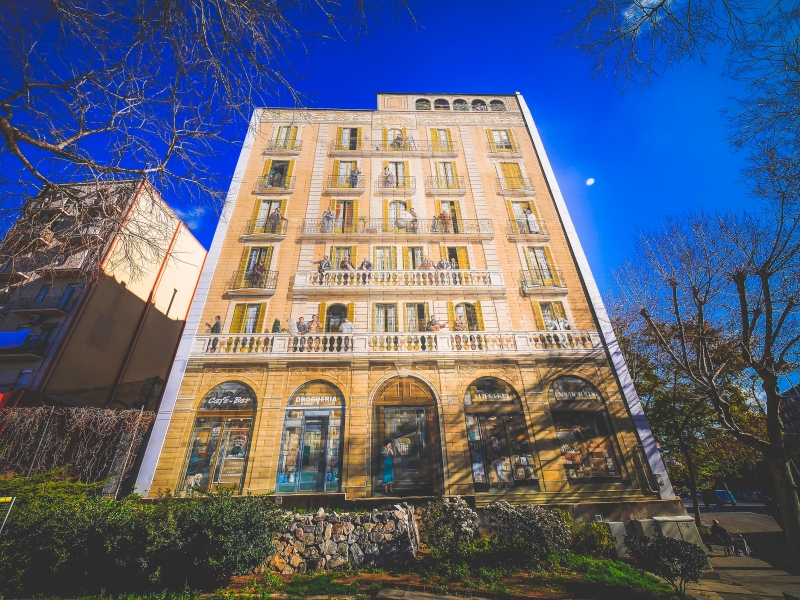 Mural that simulates to be a façade of building with balconades where take out the diverse head characters.

In Plaça de la Hispanitat, we can find a 500 square metre mural with 26 cultural personalities that are related to Barcelona, ​​such as Margarita Xirgú, Cristóbal Colón, Ildefons Cerdà, Pablo Picasso, among others.

The mural was created by the French company Cité Création to cover the wall of a building within the campaign to the urban landscape improvement "Barcelona, ​​posa't guapa", before the ‘92 Olympics. The works began in 1989 and lasted three years.