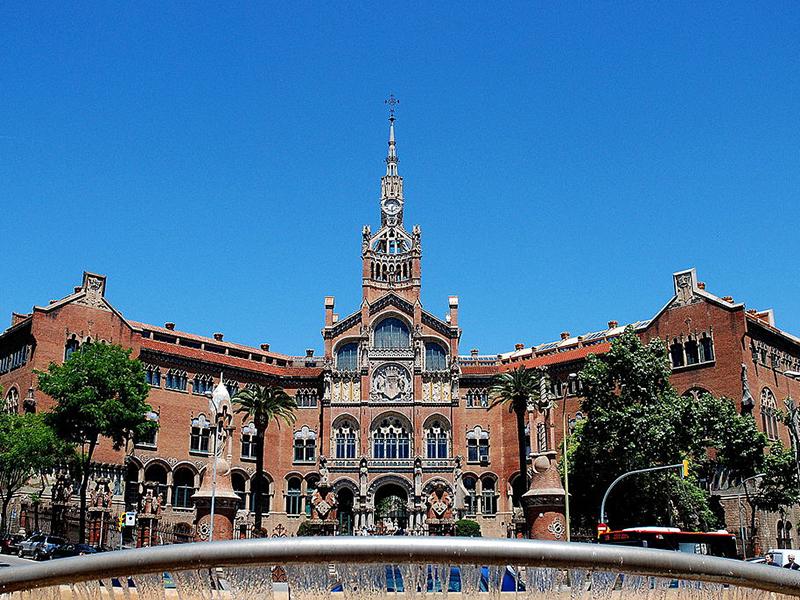 Declared World Heritage by UNESCO in 1997, this monumental complex, designed by Lluís Domènech i Montaner, is the largest venue and unique example of Catalan modernist architecture.

Declared World Heritage by UNESCO in 1997, this monumental complex is the largest venue and unique example of Catalan modernist architecture.

Hospital de Sant Pau dates back to the early 15th century, when six tiny medieval hospitals converged into one, Hospital de la Santa Creu. By the late nineteenth century, due to the rapid growth of Barcelona's population and advances in medicine, the hospital became too small, and it was decided to construct a new building. The new hospital was entrusted to Lluís Domènech i Montaner, one of the outstanding figures of Catalan Modernism, who was also a politician, humanist and writer.

Today, the historic buildings are used for tourist functions and also as a knowledge centre, where a number of international institutions and organizations reside. Regarding the rest of the land, a modern hospital was established to house all the medical activity.

The original project of Sant Pau

The architect enjoyed absolute freedom in designing the area that is equivalent to nine blocks on Barcelona’s Eixample city grid. ​This allowed him to conceive hospital as an innovative garden city, embracing the latest thinking on sanitation and hygiene.

Although the initial Domènech i Montaner project contemplated the construction of 48 Art Nouveau pavilions, ultimately only 18 were executed in different architectural styles and budgets.

The rehabilitation of the buildings has been driven by the recovery of the spaces originally designed by Lluís Domènech i Montaner, the conversion of the pavilions in functional spaces and energy sustainability.

Today, the modernist complex has become a new reference point in Barcelona, ​​ where history and innovation thrive, a knowledge centre formed by leading institutions in the fields of sustainability, health, and education. 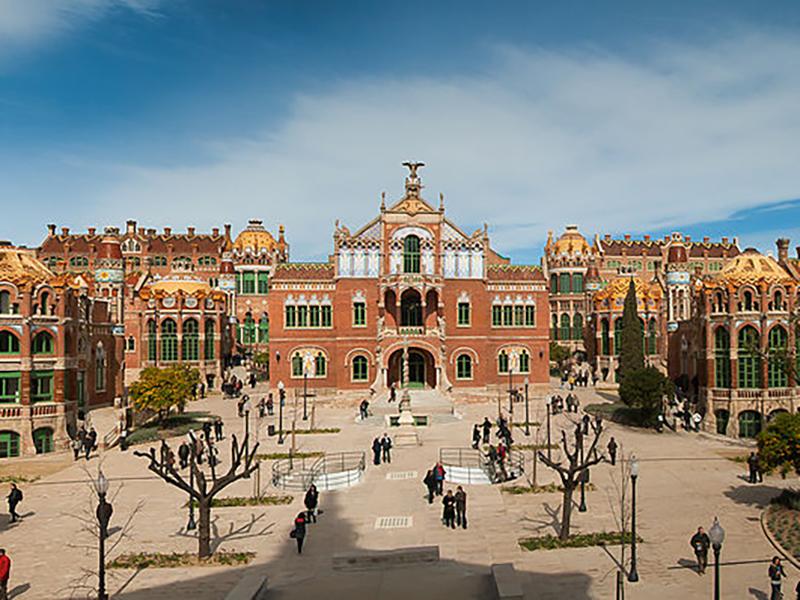 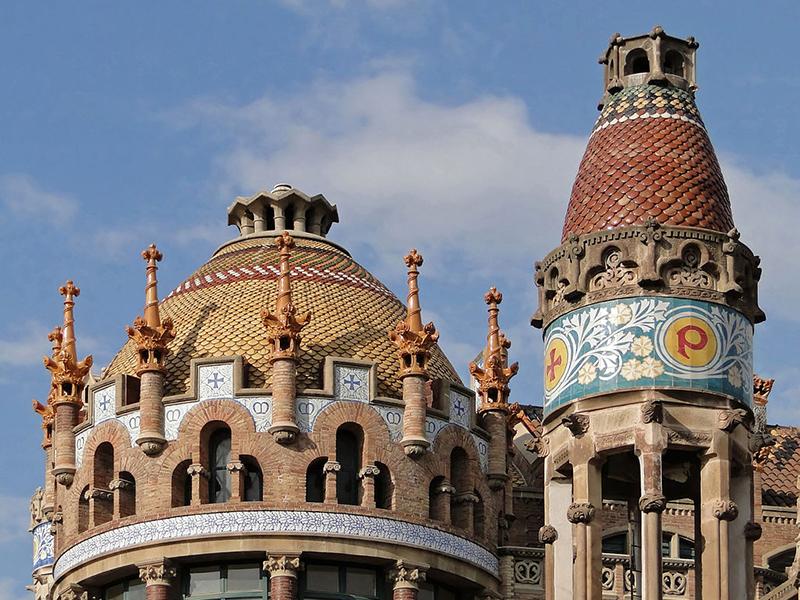 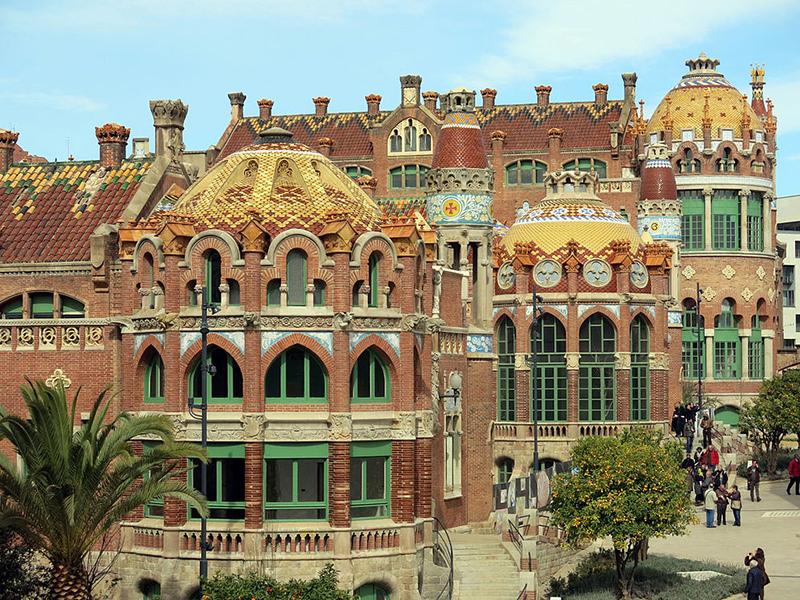 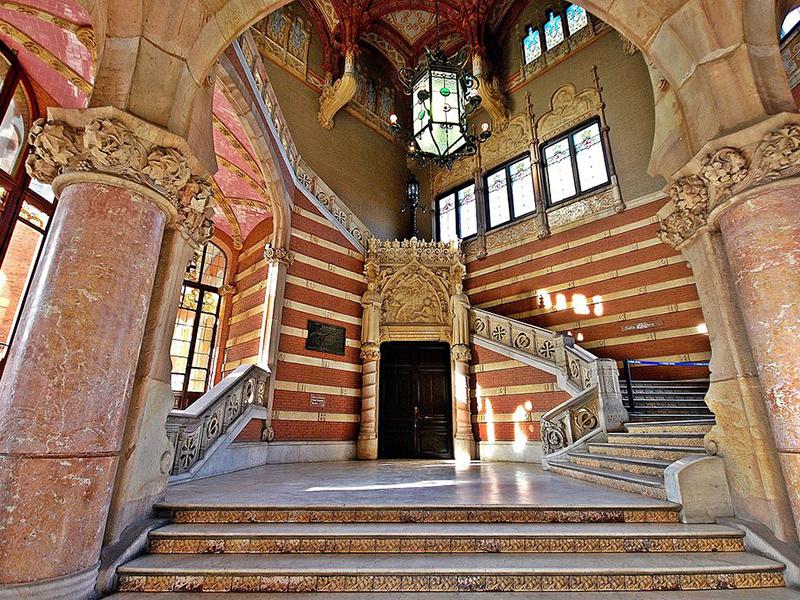 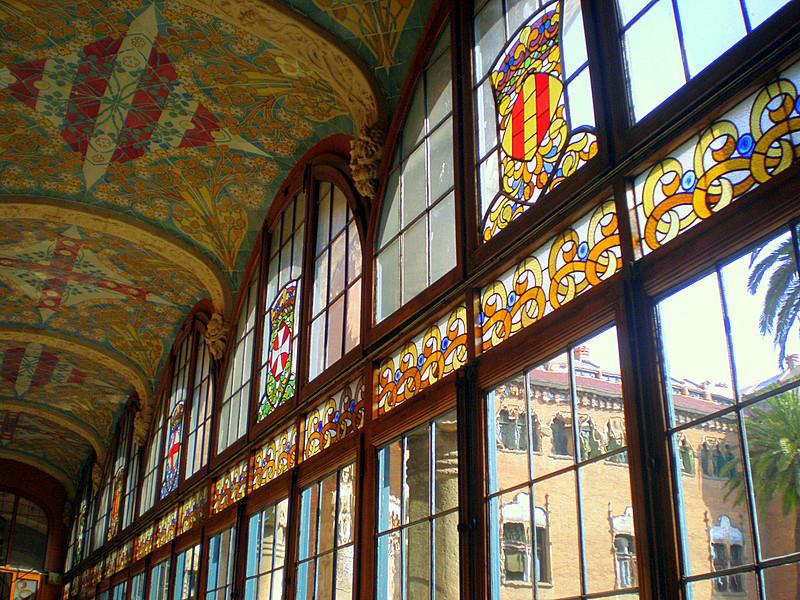