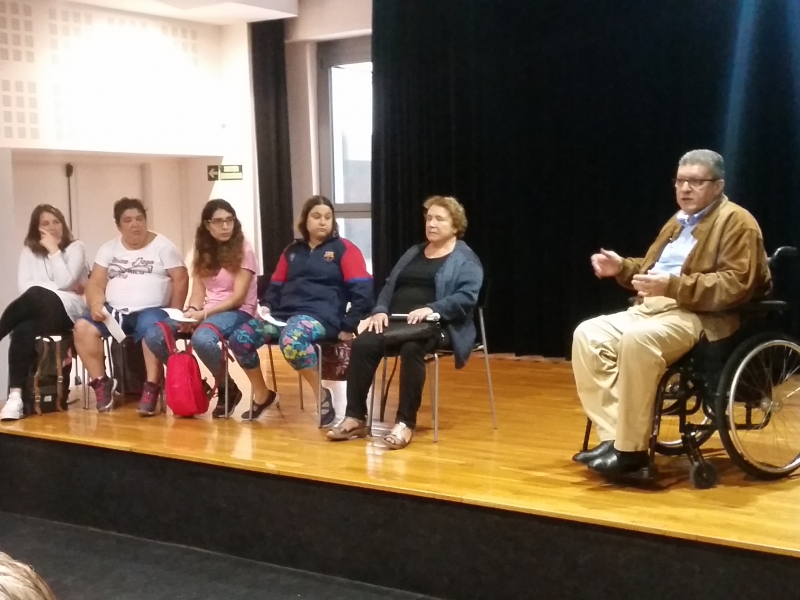 CASBA is a project that aims to study accessibility in the Sagrada Familia neighborhood, based on the collaboration agreement established between the International University of Catalonia (UIC) and the Municipal Institute of People with Disabilities. The project promotes the sensitization and training of architecture students to improve the accessibility of neighborhoods on public roads, in facilities and in local businesses, and to favor the participation and autonomy of people with functional diversity. It also aims to sensitize and stimulate the private sector of commerce to incorporate accessibility in its establishments.

CASBA began in 2013, based on the need for improvement detected in the Casc Antic neighbourhood in Barcelona and the pedagogical proposal of Professor Sandra Bestraten. This year is the seventh edition, focused on the neighborhood of La Sagrada Familia. It involves several universities such as La Salle, the Polytechnic University of Catalonia (UPC) and the UIC. The project is always carried out with the participation of people with functional diversity.

32 shops of Gaudí Shopping participate in the CASBA Project

The meeting was made possible thanks to the support of the Eixample Persons with Disabilities Entities Bureau, which has managed to raise awareness among architecture students about the needs of people with functional diversity. The Sant Jordi  Workshop Association, the Visual Disability Association of Catalonia and the Viguetans Association have participated.

The students of architecture of the UIC of the subject "Accessibility" after the meeting with the Bureau of Entities, have visited some of the businesses of the Gaudí Shopping area, analyzing them from a new perspective for them: the adaptation for people with diversity functional, both on public roads and public and private facilities.

Students agree to return to Gaudí Shopping merchants a file with the analysis of their trade and with the most appropriate solutions proposals, and pass the final report at the Barcelona City Council. The files will be supervised by Enrique Rovira-Beleta, architect and professor of the subject "Accessibility" at the UIC, committed to the initiative.

Do you want to know what are the demands and proposals that have been made by the participants of the different Associations with functional diversity?

• Put ramps at the entrance of the establishments instead of steps

• Make the letters of the posters bigger and more understandable 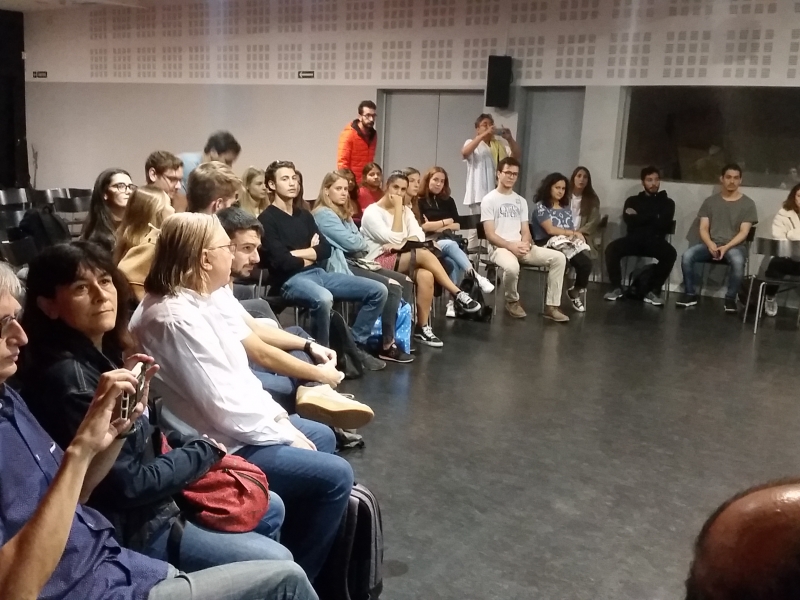 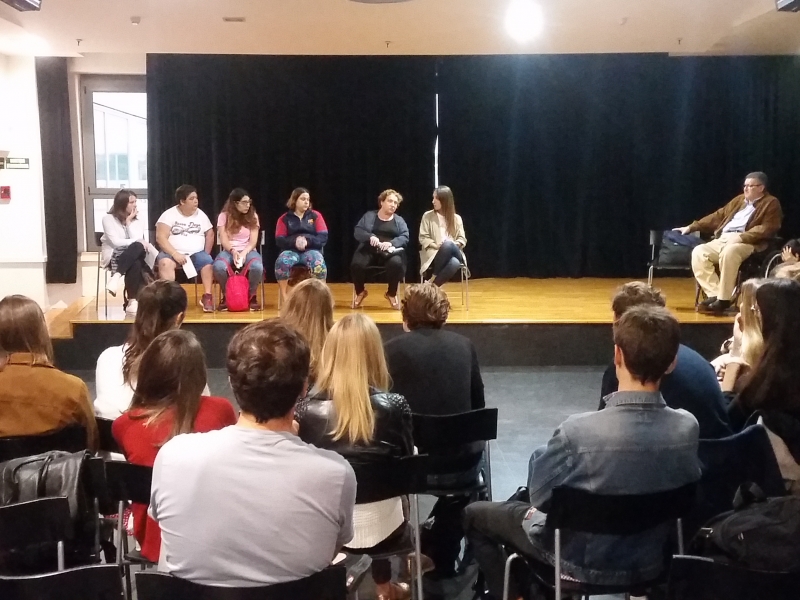 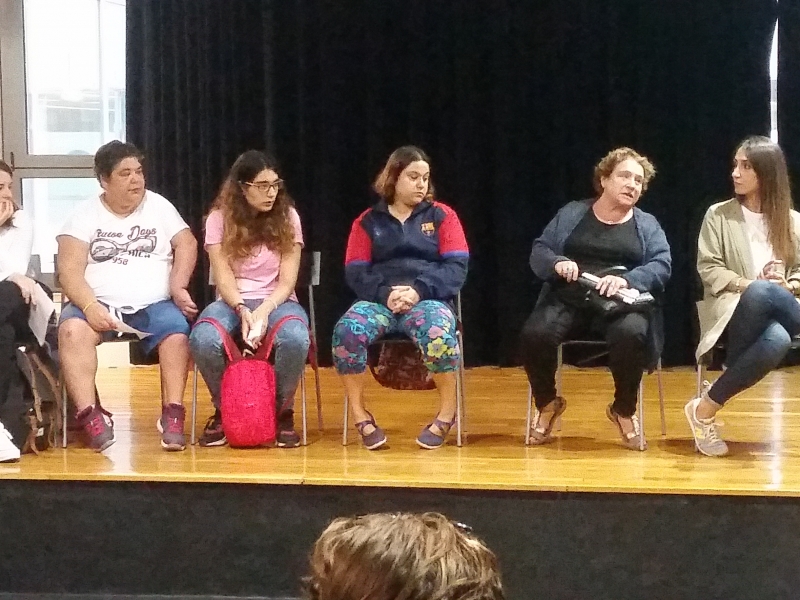 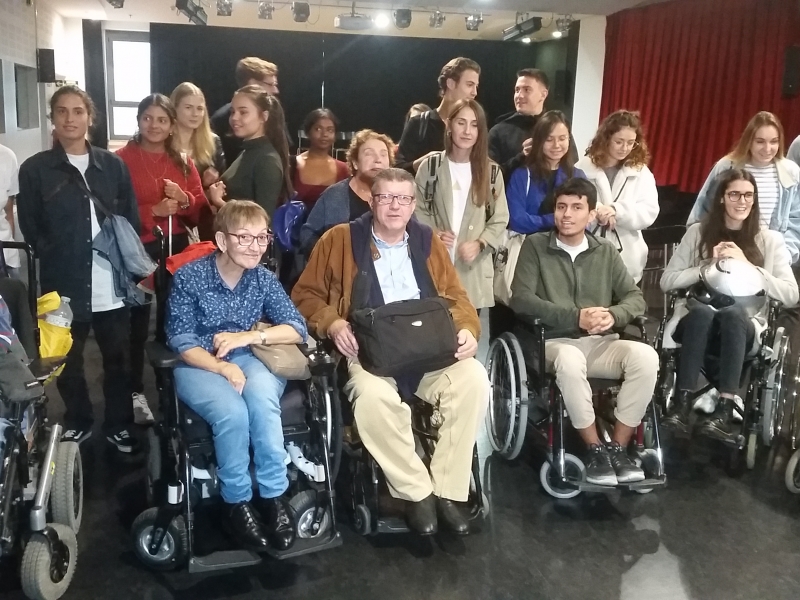 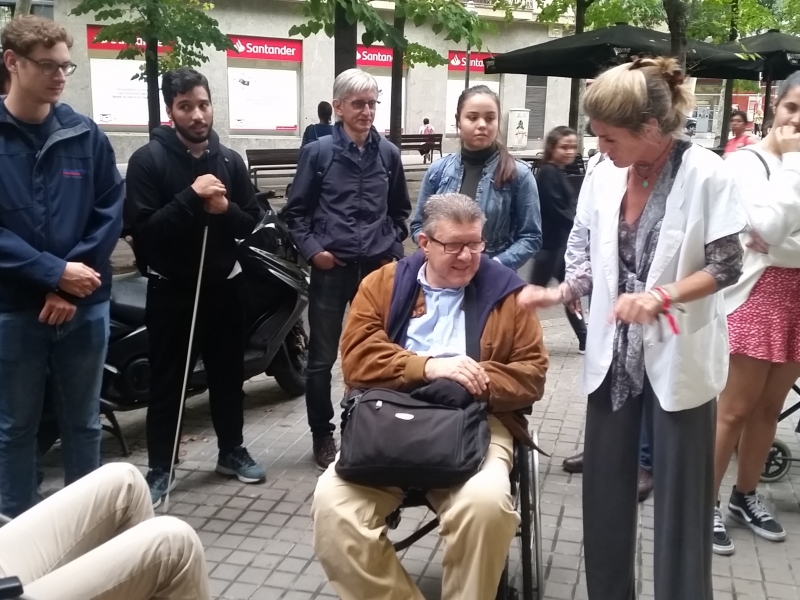 3rd Participatory Workshop on Quality of Life and Breast Cancer. Between us, on Saturday May 4, 2019, at the Modernist enclosure of Sant Pau