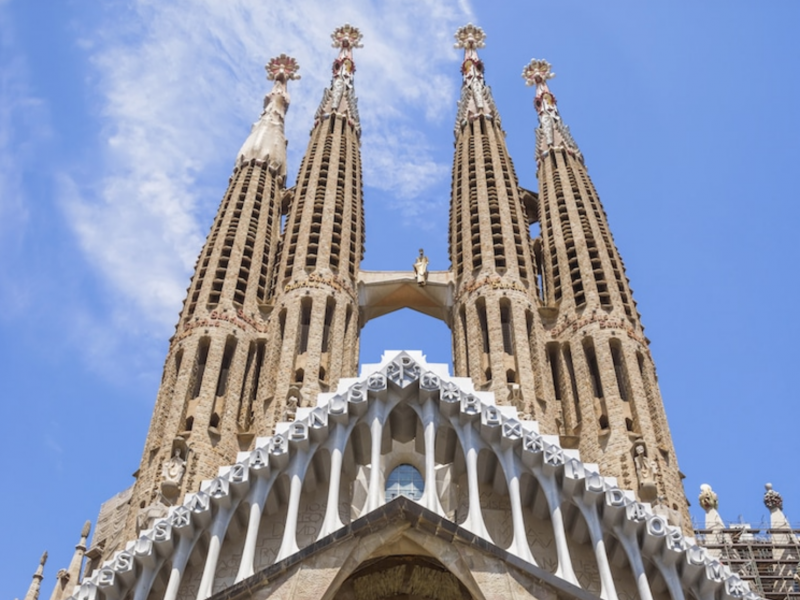 One of the main objectives for our neighborhood is to see the completion of Gaudi’s masterwork. That is why the Sagrada Familia team is working every day on completing it within the time frames. Esteve Camps, Deputy President of the monument, confirmed that they are “currently building the six central towers of the basilica”, which are the ones of the four evangelists, plus Maria’s tower and of Jesus Christ.

The Tower of Jesus Christ is Special

The last press conference about this construction took place in the base of the future tower of Jesus Christ, with a high of 86 meters. It will be the tallest of the 18 towers of the temple with a total high of more than 175 meters, and it will be representing Universe and Creation.

Jordi Faulí, the directing architect of the basilica, explained that the tower of Jesus Christ will have triangular openings and diamond shapes. Inside, there will be a stone staircase and a nearly transparent glass elevator which will be able to go 60 meters up to the base of the big cross.

Also, inside the tower we will see and enjoy several pictures from the Gospel and a color grading which is an artistic representation of the Universe. All this in an attempt to keep the structure and the requests inherited from the famous Catalan architect.

The Tallest Point of the Barcelona Skyline

In 2020, when the works of the tower of Jesus Christ will end, the tallest point of the Barcelona skyline will not be the Hotel Arts or the Torre Mapfre anymore, as they are only 154 meters high. The main tower of the Sagrada Familia -described above, will tower over the rest of the buildings in the city. However, they will be still finalizing the details.

In 2019, it will be finally possible to see the central towers. For their construction, they are going to use a really advanced technique called post-tensioned stone, which consist of joining prefabricated stone panels. Its internal structure made of stainless steel will make possible a more resistant structure and a quicker construction. 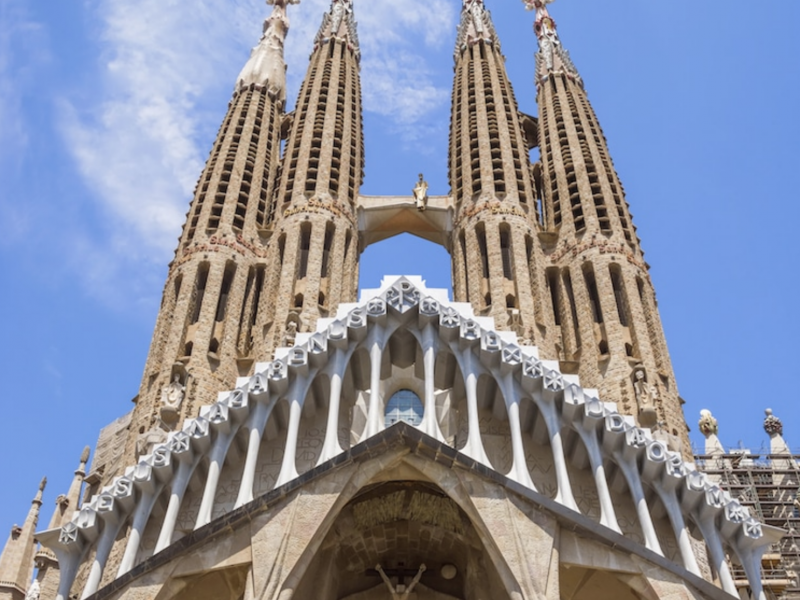