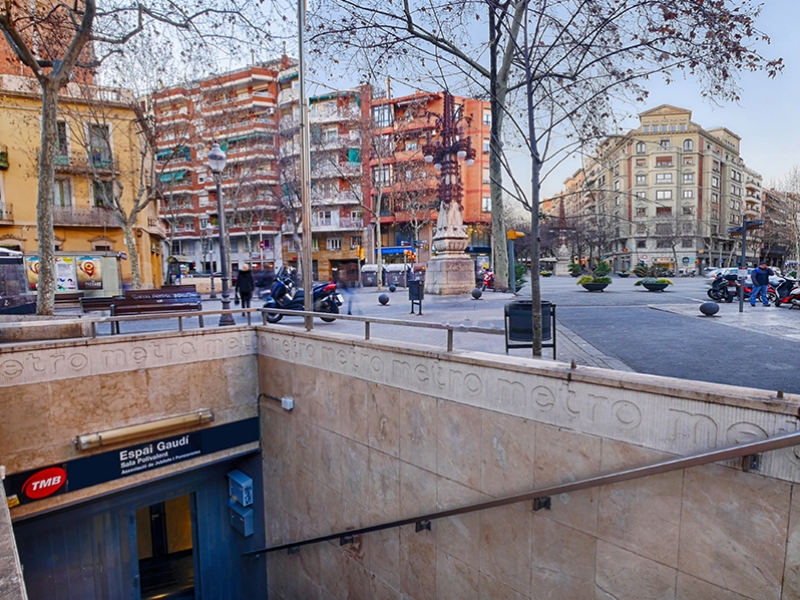 Of the almost dozens of ghost stations in Barcelona, this is the only one that has never been operational. However, the facilities built in the sixties are kept in good condition and can now be visited.

From subway station to head office

Barcelona has almost a dozen subway ghost stations: the Ferran station (between Liceu and Drassanes), the Post Office (at the end of Via Laietana), the Bordeta (first station of L1) or the Banc station (under the Plaza de Antoni Maura). However, all of them have worked in the past, except for Gaudí station, located under Avinguda de Gaudí, between Carrers de Marina and Lepant.

The facilities were built at the end of the sixties where Gaudí station would be part of line 2. But with the unification of L2 and L5, it was not necessary anymore, because the Sagrada Familia station (which included both lines) was very near, so the City Council chose to close it.

Despite the passing of time, the station is kept in perfect condition and nowadays it develops other purposes functions. Currently, there is the headquarters of the retired workers' association of TMB and also the NGO “Conductors Solidaris de Catalunya”. On several occasions, the location has been scene of some television advertisements as well. And although there has never been a train stopped in this station, urban legends say some passengers have been seen waiting at the platform.