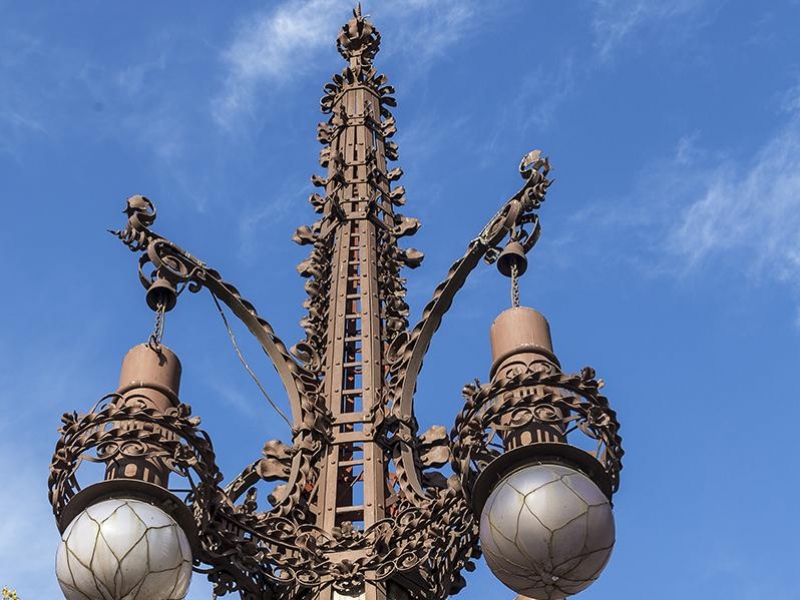 A series of modernist streetlamps that lend it an elegant touch and unique style are showcased on the avenue. They were designed by Pere Falqués in 1909. They originally stood at the crossroads between the Passeig de Gràcia and the Avinguda de Diagonal but were removed from this site in 1957 because they were a hindrance to traffic. They were placed along the Avinguda de Gaudí in 1985, after being stored for many years in a local warehouse.

During the Second Spanish Republic, the crossroad between Passeig de Gràcia and Diagonal, ​​known as Plaça dels Cinc d’Ors, had a different appearance than the current one. The urbanization tasks of this area created a space dedicated to Francesc Pi i Maragall, composed of a bust of the politician and surrounded by six streetlamps.

But the entrance of the Franco troops involved important changes in their urban design. One of them was precisely the dismantlement of the modernist wrought iron lampposts, in order to lighten the traffic at this crossroad. For this reson, in 1957, the lamps, by Pere Falqués, were moved to the municipal warehouse, where they remained for decades.

With the arrival of democracy, in 1985 the City Council of Barcelona decided to find a new location to these decorative elements: Avinguda de Gaudí. Today, the lamps are maintained and perfectly integrated with the modernist architectural scheme of the neighbourhood. 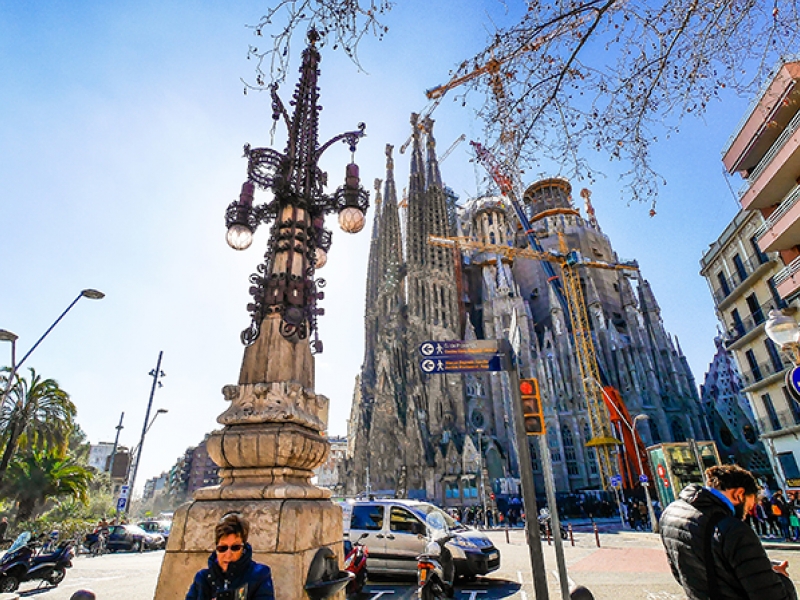 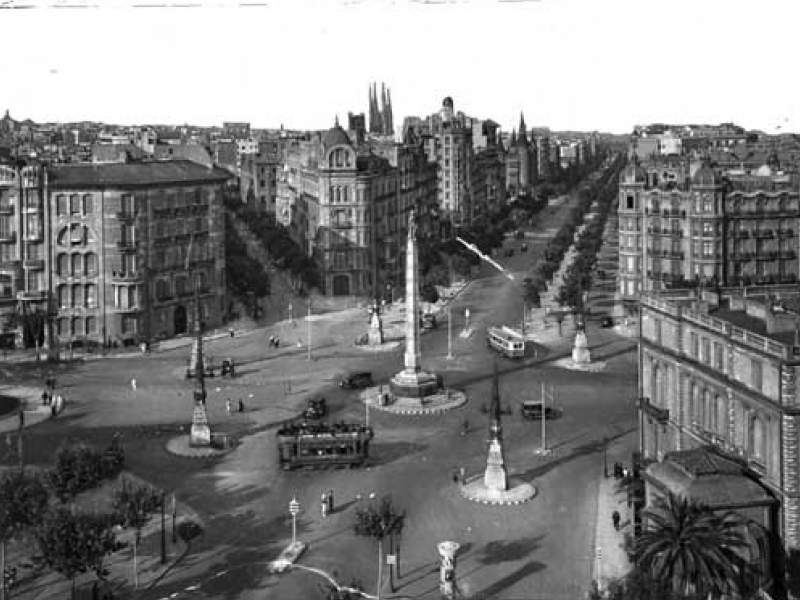 Did you think you knew everything about Valentine's Day?