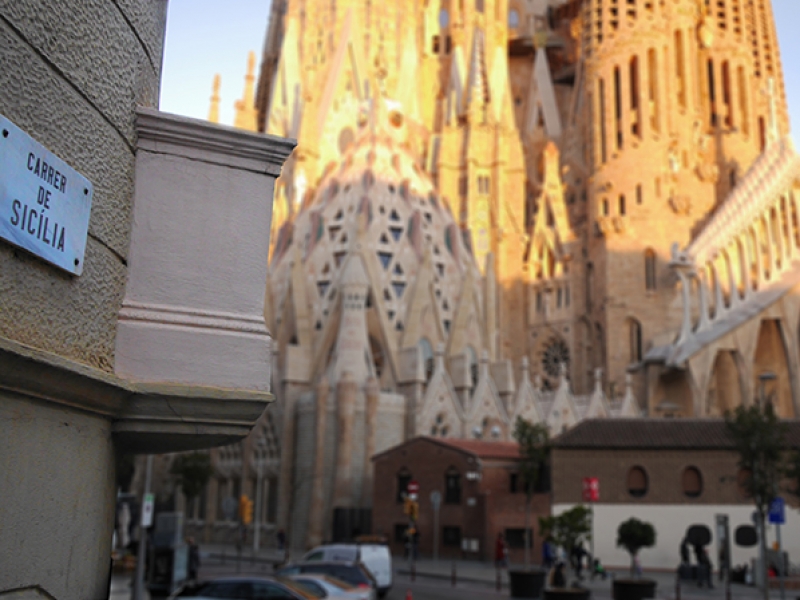 Sardenya, Rosselló, Mallorca, Provença or Còrsega. Lepant, Padilla, Castillejos or Dos de Maig. All are names of streets in Avinguda de Gaudí district. Many of them come from past times and others have been ratified by an expert commission of the Nomenclàtor de Barcelona.

The idiosyncrasy of a neighbourhood, the name of its streets

City Councils have the power to baptise streets and squares of their towns and cities. And although some of these names are new, many names come from past times. In Barcelona, ​​common features can be observed in the nomenclature of streets and neighbourhoods.

This is the case of the Eixample and, specifically, Sagrada Família district. Mamu plaques feature names that refer to Mediterranean territories that were part of the Barcelona County. Sardenya, Rosselló, Mallorca, Provença... All of them celebrate the Catalan expansion in Southern Europe. This first group of streets is located in the surroundings of Carrer de Marina, which exalts the glory of the merchant and military navies.

On the other hand, streets like Castillejos, Dos de Mayo, Lepant or Padilla remember old battles corresponding to the Crown of Aragon. And according to the Barcelona Nomenclature’s Report, roads such as Carrer de la Indústria find their origin in the productive activity of the city prior to the 19th century.