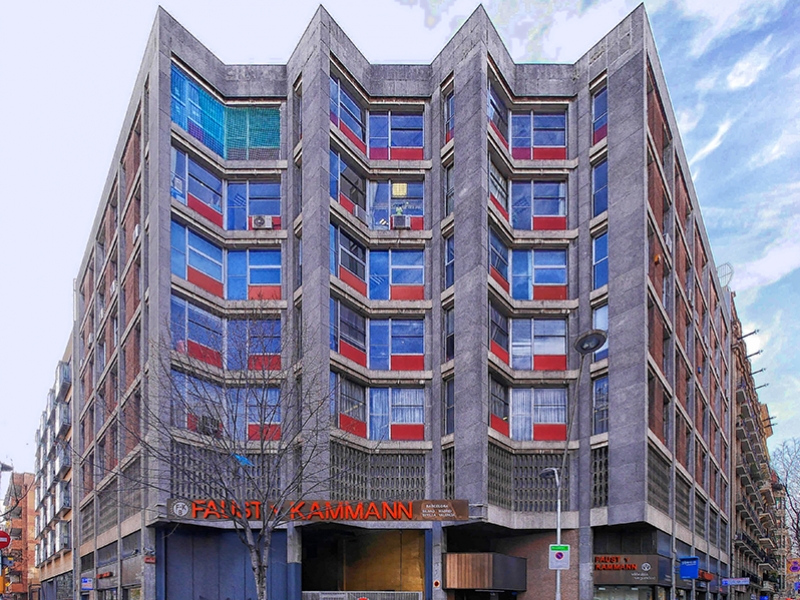 In the middle of the Second World War, the Herder family chose Barcelona to flee from the Nazi hell. Owners of an international publishing house, they landed in Barcelona in 1948, where they built a new headquarters in order to print books safely.

The family and literary legacy of the Herders

Founded more than two hundred years ago in Germany, the publisher Herder was also affected by the hell of Nazism during World War II. In a period of censorship and lack of freedom, the family that gave the name to the company, Herder, decided to leave home and take refuge in the Catalan capital. For that reason, in 1948, the first headquarters of the international publishing house Herder in the Iberian Peninsula opened on Carrer de Provença.

Although, at the beginning, they only printed books from German writers translated into Spanish, they soon began to forge their own catalogue. Philosophy, linguistics, pedagogy, psychology, sociology or theology are some of the study areas that can now be found among the titles of their wide range.

However, the success of the family company - founded in 1797 in Germany by Bartholomäeus Herder - made them stay in Barcelona permanently and today, the headquarters still works under the orders of the philosopher and historian Raimund Herder, current administrator and descendant of the creators of the publishing empire.