Are you lost, kid? 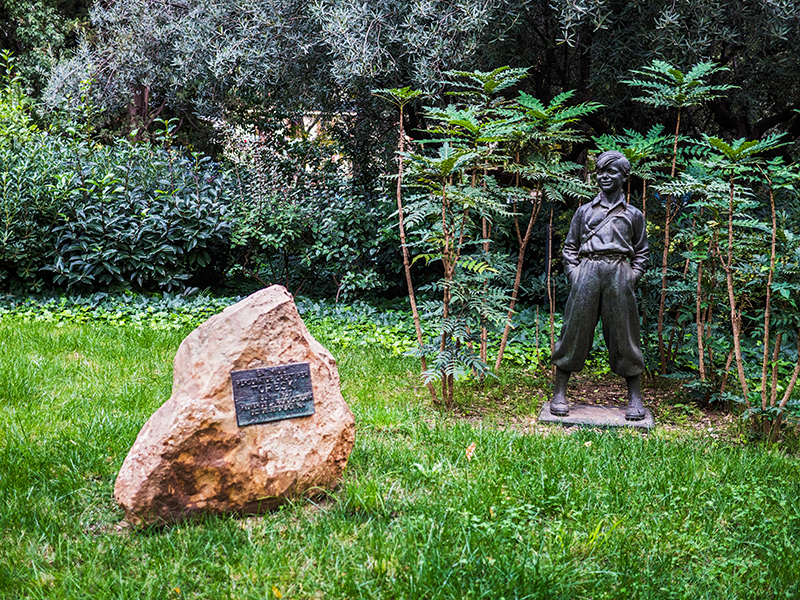 Among the trees and gardens of Plaça de la Sagrada Família, you can see a unique sculpted character made with bronze, Míliu. The sculpture is dedicated to the child's character created by the speaker of Ràdio Barcelona Toreski, which his real name was Josep Torres. Few people know the real story behind this statue when visiting the gardens of Plaça de la Sagrada Família.

Josep Torres i Vilalta, Toreski, entered the Radio de Barcelona in 1924, when the radio station still radiated in the testing phase. In his beginnings, the speaker was telling children's stories thanks to his varied vocal ability. Three years later, in 1927, he created the character Míliu, a child who promoted charity campaigns for the most vulnerable children.

Beyond becoming pioneers of solidarity radio in Spain, Míliu and Toreski managed to raise two million of “pesetas”, more than 200,000 blankets and thousands of toys for the most needy children in the city. After several years of great social work, Torres died in 1937 after an illness.

Just one year before the great speaker passed away, Ràdio Barcelona commissioned the sculptor Àngel Tarrach a bronze sculpture dedicated to Míliu, which was made possible thanks to the donations of more than 1,500 listeners. The Civil War left Míliu forgotten in the radio warehouse until 1961, when it was placed to its official site: the Plaça de la Sagrada Famiíia. Unfortunately, it is eclipsed by the overwhelming presence of Sagrada Família.