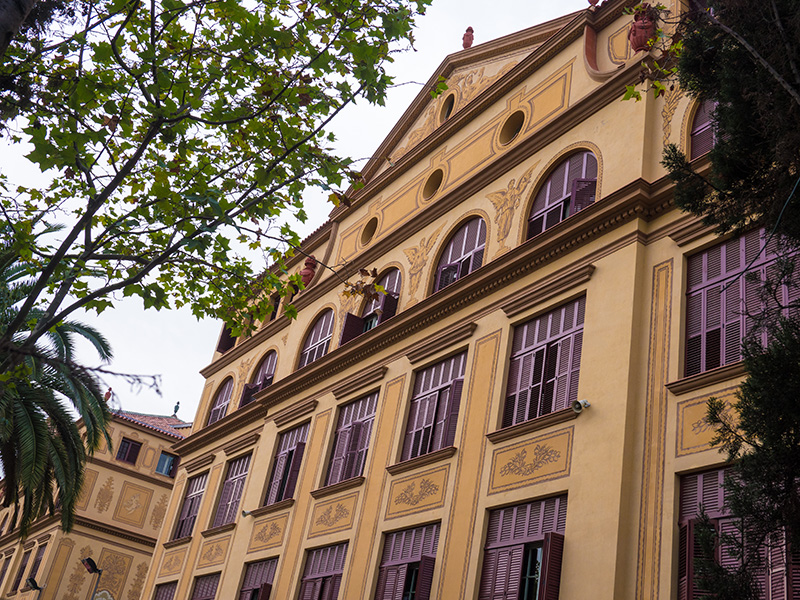 The current Escola Ramon Llull has welcomed from nuns to dogs and children. The architect Josep Godoy inaugurated the Noucentista building in 1931. In spite of the passage of the years, neighbours still talk about that convent full of dogs, “Convent dels Gossos”. A denomination that comes from the time in which a pack of gods took over the building, during the transition between the farewell of the nuns and the welcome of the new school.

If the passage of time respects the buildings, they become passive observers of the evolution of the cities. This is the case of today's Escola Ramon Llul, which had been a religious monastery and a dog shelter for almost a century, and it is currently a public education centre for Primary and Secondary Education.

In 1916, the Barcelona City Council Barcelona promoted the Comissió de Cultura, cultural commission, with the purpose of establishing a public schools network around the city. The architect Josep Godoy was in charge of designing the new Noucentista building on the right side in Eixample district, which until then had hosted a monastery of nuns. Although the works began in 1918, the dictatorship of Primo de Rivera delayed its inauguration until 1931, with the proclamation of the Second Republic.

Throughout the years, the school has undergone several refurbishments. The most outstanding was in 1992 as part of the 'Barcelona, posaa’t guapa” project – on the occasion of Olympic Games- or most recently, by Godoy's grandson, Marc Cuixart. The various restorations, however, have not prevented neighbours still call the school   “Convent dels Gossos”, convent full of dogs. A denomination that comes from the time in which a pack of gods took over the building, during the transition between the farewell of the nuns and the welcome of the new school.