The undeniable tourist attraction of Barcelona 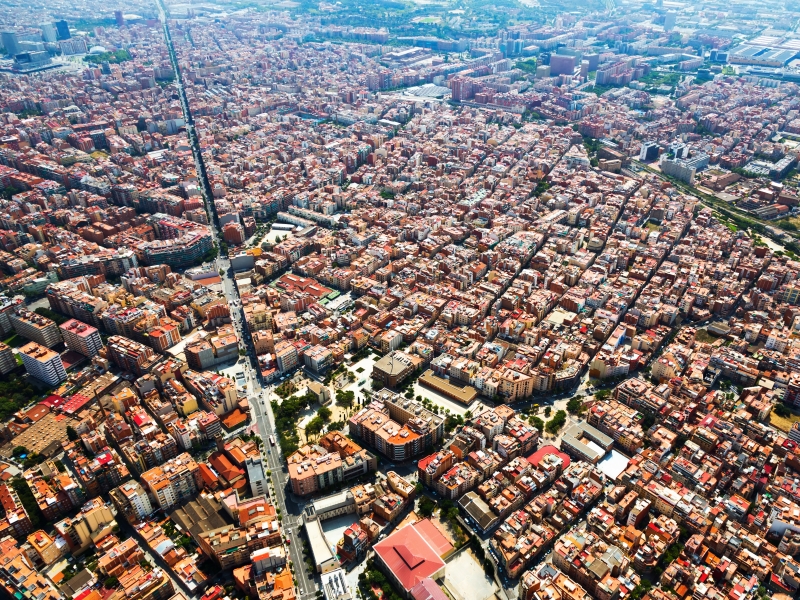 More than 2 million people visited Catalonia during the month of June. This is not surprising, since it is such a likeable city from its port to the most hidden streets of our emblematic neighborhood, with the Basilica of the Sagrada Familia and the modernist Hospital de Sant Pau as cultural symbols. Both buildings are connected through Avinguda Gaudí (Gaudi’s Avenue), a delightful pedestrian street between the two modernist works declared a World Heritage Site by UNESCO.

This work of the architect Lluís Domènech i Muntaner is the largest modernist compound in Europe and one of the oldest health institutions in the continent. It was built at the beginning of the 15th century as a result of the merger of 6 hospitals. Later on, at the end of the 19th century, "due to the population of the city growth and the advances in medicine, the hospital became small" so a new construction was proposed. Thus, in 1902 the first stone of the hospital center designed by Domènech i Muntaner was placed, so it could be inaugurated in 1930.

The Avenue of Modernism

As mentioned, the Sagrada Familia and the San Pau modernist compound are connected through Avinguda Gaudí. This avenue was inaugurated in 1927 with the name Avenida del General Primo de Rivera but after the Second Republic it was renamed as Avinguda Gaudí. However, after the Spanish Civil War in 1939, the street officially recovered its first name in honor of the Spanish head of government during the 1920s. Though it did not recover its current name until 1962, it was always popularly known as Avenida Gaudí.

One of the most popular architectural elements is the lightposts designed by Pere Flaqués; they have a stone base sculpted by Alfons Jujol and a top part made of wrought iron by Manuel Ballarín. It is also worthy of mention the Màrius Quintana’s fountain, made of sandstone and stainless steel, and the sculpture El bon temps perseguint la tempesta (good weather chasing the storm) by Apel·les Fenosa.