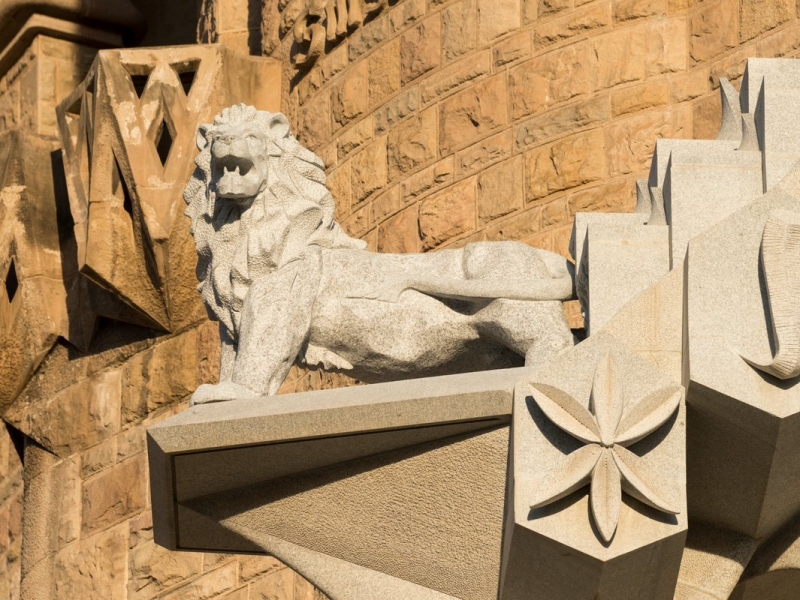 If there is something really characteristic in the Sagrada Familia neighborhood and in the whole city of Barcelona, ​​it is clearly the temple of the Sagrada Familia. We have already talked about it on different occasions and we have told you some curiosities about the famous monument. But recently it is back in the news as The Lion of Judah and The Lamb of Abraham have finally been included as part of The Passion Facade.

The Lion of Judah and The Lamb of Abraham are the work of the sculptor Lau Feliu and they dominate the district of Dreta de l'Eixample. According to the temple blog, "the sculptor Lau Feliu –following the indications given by Gaudí [...], first produced some scaled pieces from which all the craftwork began, in whose process technology was also used". Both works have been made out of granite from the French region of Tarn, and Feliu has worked hand in hand with the architect director, Jordi Faulí, and the architect and project manager, Xisco Llabrés. The creation process evaluated meticulously all the advancements to be sure that they both fit with the biblical texts and with Gaudí’s will.

In the Sagrada Familia blog they also explain the symbolism of the lion and the lamb: "Jacob, who was Isaac’s son and Abraham’s grandson, had twelve sons who were chiefs of the twelve tribes of Israel. Just before dying, Jacob wanted to give them his blessing and, at the same time, even if Judah was not the firstborn, Jacob gave him the scepter of command and prefigured him as a lion. That is how The Lion of Judah became the symbol of the tribe of Judah, from which the kings David and Solomon descend and, much later, also Jesus of Nazareth, the Messiah according to the genealogy of Saint Matthew".

Thus, for both Jewish and Christian traditions, The Lion of Judah represents the figure of the Messiah, and the Christian religion uses it specifically to represent Jesus of Nazareth. The lamb, in the other hand, "represents Jesus, who offers himself in sacrifice for the sins of men in the image and likeness of what is related in The Genesis, where it is described how God offers Abraham a ram that he finds tied by the horns to a bush".