‘No tinc por!’ (I’m not afraid!): First Anniversary of the attacks in Barcelona 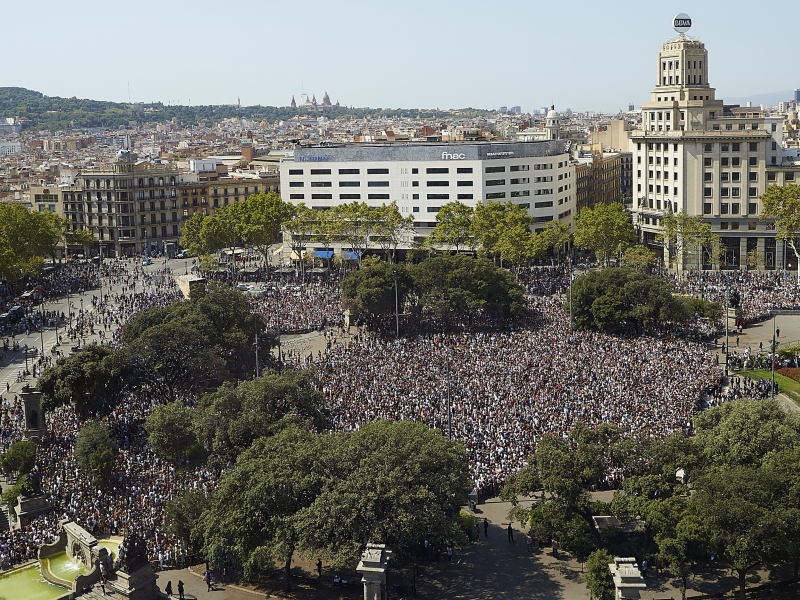 On 17 August 2017, a total of 16 people were killed and more than 150 were injured as a result of the attack that took place in La Rambla in Barcelona and in Cambrils. Under the slogan Barcelona, ​​ciutat de pau (Barcelona, City of Peace), the commemoration of the first anniversary of the attack took place and the central act was held in Plaça Catalunya in the city center. The act was conducted by the Catalan journalist Gemma Nierga.

The event focused on the memory of the victims and, also, on the professionals of different forces that made possible the excellent assistance of those affected after the attacks. At 10:30 a.m., the song El Cant dels Ocells (The Birdsong, a symbol of Catalonia), which was sung by students of the Municipal Conservatory of Music of Barcelona and another five schools of the city, started the commemoration day. Hereafter, a poem was recited in each of the native languages ​​of the victims of the double attack: Catalan, Spanish, English, French, Portuguese, Italian and German.

Mass in the Sagrada Familia in 2017

One of the emblems of our city, the Sagrada Familia, was also one of the targets of the terrorists responsible for the attack last year.