La Creu Gloriosa is installed in the Sagrada Familia 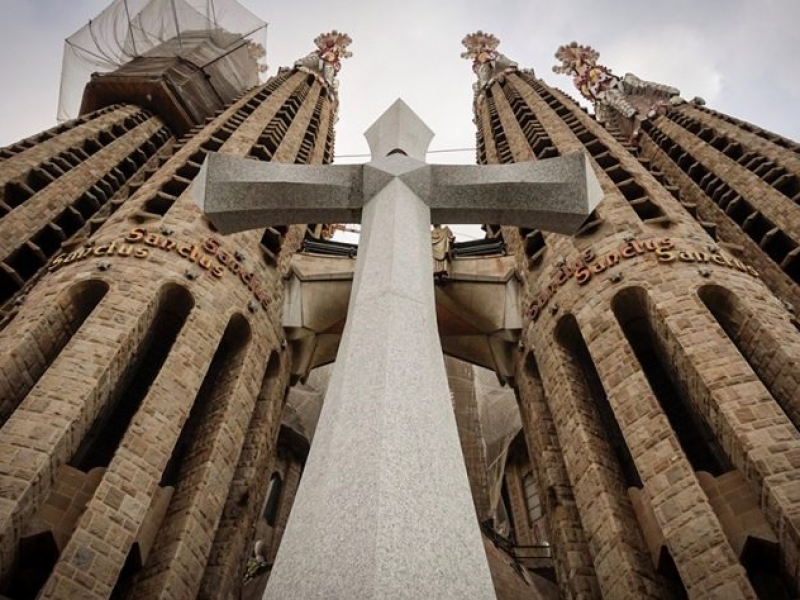 Seeing the construction progress of one of the most emblematic monuments of Barcelona is a tourist attraction and a pride for its whole population. In Gaudi’s plans, the last incorporation of The Passion Facade was already included. The so-called Creu Gloriosa is 7.5 meters high and 4.25 wide and symbolizes the victory of Christ's ascension over death.

The Art of Building

Construction progresses in the Sagrada Familia are a challenge, especially when it comes to complex facilities like this one. This operation required the assistance of a large crane and caused the closure of the streets around the monument.

The complexity of the construction is mainly due to the fact that the cross is remarkably exposed because it is embedded only on its base. The piece has been made with a tensioned stone system and steel bars that rise like a needle inside the cross, making it more resistant to wind and other severe weather conditions.

The Glorious Cross is not the only impressive novelty of The Passion Facade of the Sagrada Familia. Lau Feliu was commissioned to sculpt the three sculptures that make the transition between the sloping lines of the temple and the big cross. The high-quality material used to build them has been used since antiquity: Roman travertine. The symbolism of the three angels is based on veneration, love and –finally the last one, on his knees, raises the chalice with the blood of Christ.